IF YOU WANT TO HIRE ME FOR PROFESSIONAL WORK, PLEASE READ A DESCRIPTION OF MY SERVICES & DISCLAIMERS AT THE LINK BELOW:

http://mysecrethoodoo.blogspot.com/search/label/Testimonials
Posted by Doc Conjure at 12:00 AM 4 comments:

Weird Sh*t Psychic Have To Deal With

So just to give people an idea of what it's like to be psychic, consider the following;

The other day I wake up and am literally brushing my teeth and I say to myself, out of the blue, "What a wonderful day to buy a Tiki god statue. (The ones from Hawaii.)

Later in the afternoon I stop by my local Goodwill store to see if they have a curtain rod I need for my place. Lo, and behold! I found this:

Psychics constantly have to deal with weird stuff like this. LOL

We All Fall Down."

Posted by Doc Conjure at 2:24 PM No comments:

This is awesome! A couple of black men and a woman are trying to make their way across country while having to deal with supernatural Lovecraftian-style monsters and the normal human variety, all during "Jim Crow"-type racism of the 1950s. You can watch the first episode for free at the link below. It starts out slow, building caracter and setting the back-story but by the middle you hear talk of a witch who was hanged for fornicating with the devil in the form of a black man, a town founded by witch hunters, and yes, MONSTERS!!!
Lovecraft Country S1E1

Email ThisBlogThis!Share to TwitterShare to FacebookShare to Pinterest
Labels: T.V.

We All Fall Down."

Let Me Bum A Fag......The Interesting 'Good Luck' Rituals with Cigarettes/Cigars and Smoking 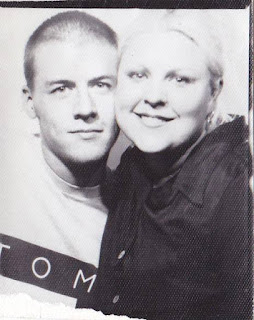 Email ThisBlogThis!Share to TwitterShare to FacebookShare to Pinterest
Labels: Herbs/Roots/Etc.

Looking for a cool, DIY magical Christmas gift for these COVID times?  How about making deorative amulet wall hangings/Christmas Tree decorations!  You can even hang them in the car if you want.

Above is my cross that conceals Psalm 91, a SATOR square, one of the earliest symbols of Christianity,  and anti-Lilith charm complete with the three Angels who pursue her (Senoy, Sansenoy, and Semengelof), as well as "Adam and Eve barring Lilith:", and finally an ABRACADABRA charm, all on wood pieces bought at the dollar store.

These take colored ink and even colored pencils rather nicely. Attach whatever you may and be creative about it. On my SATOR square I used the copper wire left over from some fairy lights I bought that did not work. It looks pretty cool. I gave them a quick rinse in brown paint that I severely wattered down to give it an aged appearece. When they are dry simply attach a hanger and felt to the back if you prefer.

I think I'm going to make some Planetary squares next, followed by actual seals from the various grimmoires. I might even make some with pictures of old hoodoo catalogs, such as from King Novelty. I'll be sure to post them as I complete them.

Looking For A Professional Conjure Worker Or Reader?

IF YOU WANT TO HIRE ME FOR PROFESSIONAL WORK, PLEASE READ A DESCRIPTION OF MY SERVICES & DISCLAIMERS AT THE LINK BELOW:

And he shall be like a tree planted by the rivers of water, that bringeth forth his fruit in his season; his leaf also shall not wither; and whatsoever he doeth shall prosper.

I am a practitioner of Hoodoo/Rootwork/Conjure and have been a practitioner of the magical arts for over twenty years. I am a strong intuitive and specialize in reading people's energy. Often, I can tell much by simply looking at a person, touching them, or from communicating with them.